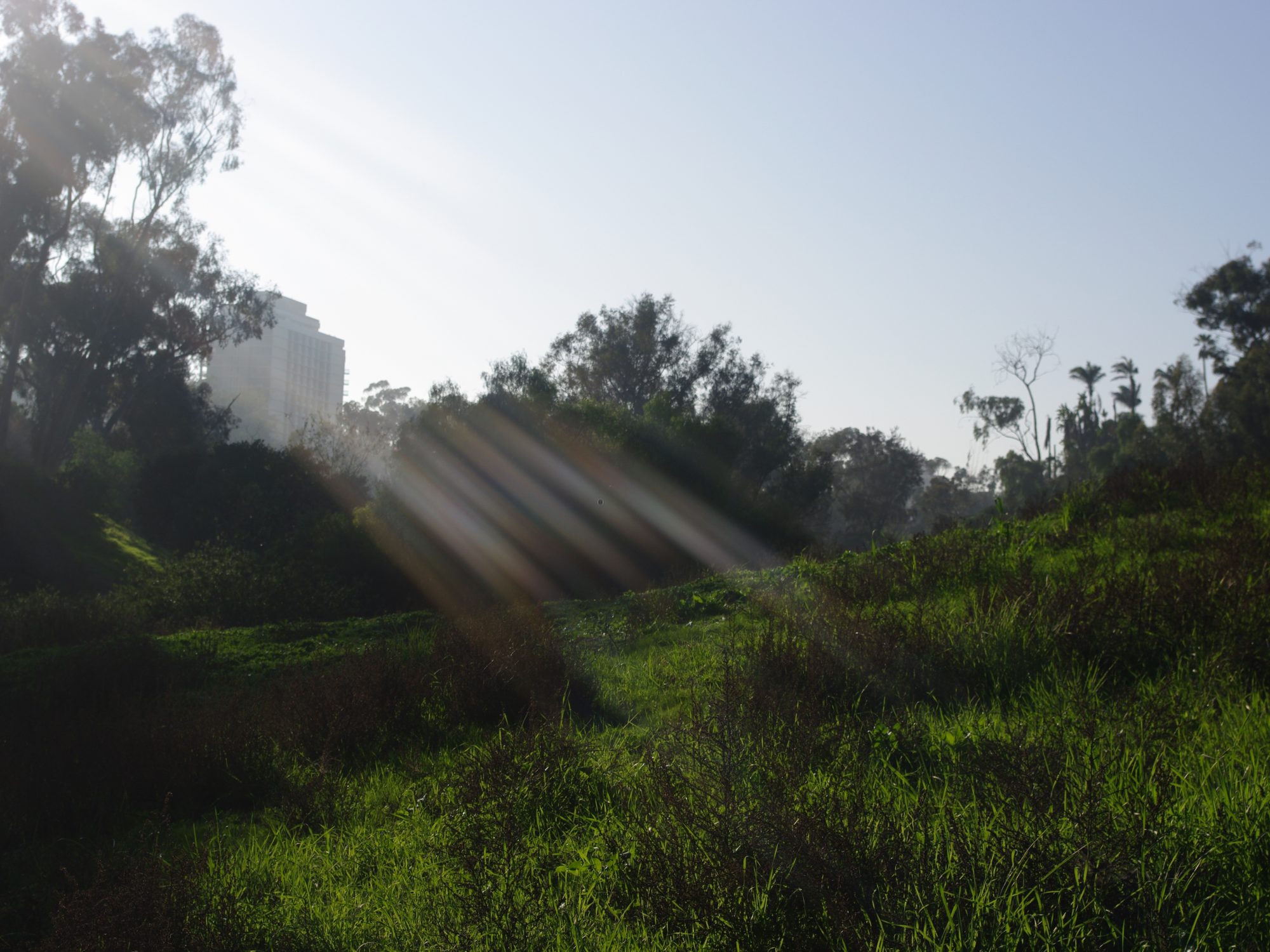 “[India and I] ran into a guy who had just inherited a Hasselblad outfit and had little or no idea what he had. I took these images in the canyon between the Cabrillo Freeway and Richmond Street northeast of the Marston House while she gently set the guy straight.”