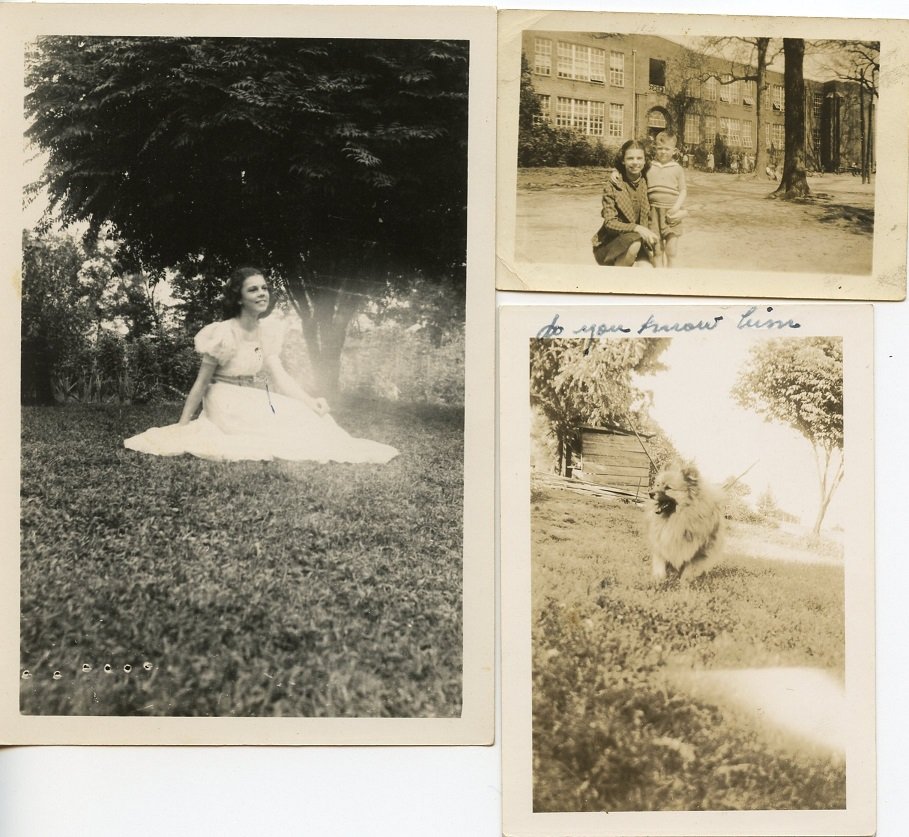 Above: The view from ground-level, North Carolina, 1930’s

When Ruby moved from her two-story townhouse in Raleigh, North Carolina, to her new home in La Jolla, California, it fell to me to organize the contents. Anyone who has ever dealt with the accumulated belongings of a loved one who has lived in the same house for decades knows that this is no easy task. It takes an emotional and moral toll much greater than any physical one.

What made the move from Ruby’s house especially laden with emotion is that it was the repository for earlier such moves conducted by my mother on behalf of the previous generation. And it went further back than that, by a magnitude I could only guess. The preserved memories of her mother’s and aunt’s houses had come to rest there. My great-aunt, who never married, was in her day the steward of bits of family memorabilia, letters, and photos that were antique before she was born. And now, as my mother had always said, “what’s mine is yours.” I felt like I was at the bottom of a cosmic funnel.

It’s a big responsibility, but the directive I take most seriously is to make sure that these photographs are not forgotten. Some of them are so lovely, but without the knowledge of a great-aunt or a grandmother, I struggle to make them relevant. So, where I have no other context, I’ve started to combine pictures into little collections, or collages if you like, that tell a story. There’s no right or wrong story, no true interpretation, but the mini-collection, hopefully, is more than the sum of those photos alone.