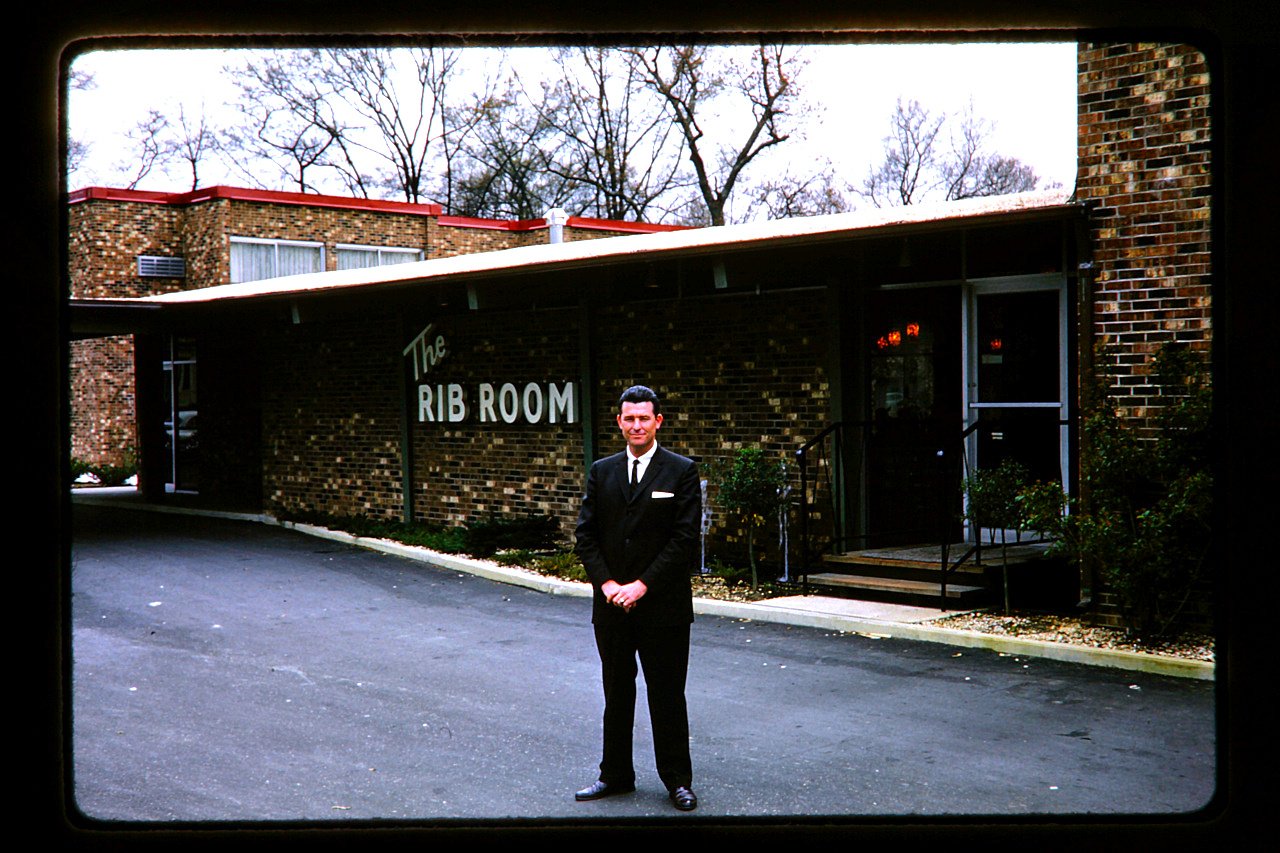 Above: Carl Hinson in front of his restaurant, The Rib Room, Heart of Wilson Motel, Wilson, North Carolina, c. 1962

I saw the amazing Martin Scorsese film “The Irishman” on Netflix last weekend, and then I ran across this picture of my uncle looking just like he walked out of the movie set. I found a quote from the screenplay on Wikiquotes that would make a fitting caption for this image.

–Frank “The Irishman” Sheeran, a truck driver who became a hitman involved with mobster Russell Bufalino and his crime family