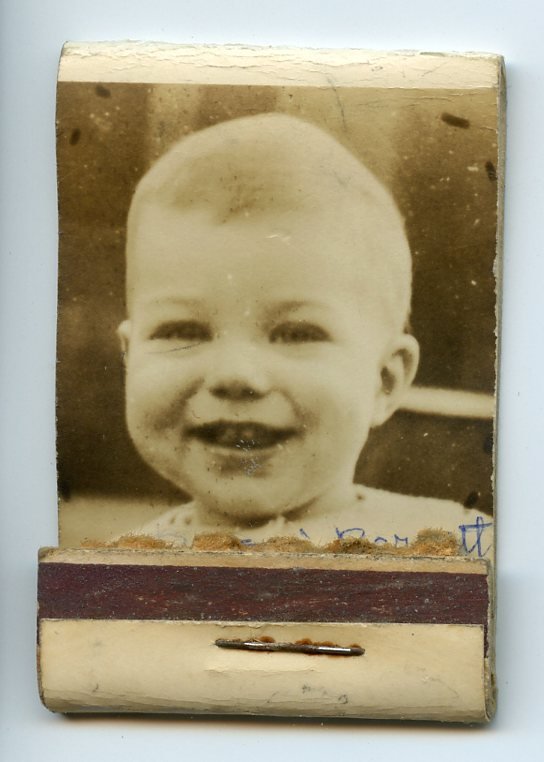 I’ve never seen anything like this. I spent an hour online last night researching matchbooks, matchboxes, and match covers, and no one is talking about custom matchbooks with pictures of kids from the Forties. He’s family, but I guess he’s not a collectible.

Many homes in the Mid-Century, my aunt and uncle included, had a crystal bowl full of matchbooks, souvenirs of restaurants, clubs, and hotels they had saved up for a year to visit, but the matches with this sweet little boy’s smile were meant to be carried in dad’s pocket or mom’s purse. From this book, every match was used. They probably ordered a case of them, and gave some to all his aunts and uncles. They might have even been in a crystal bowl on the coffee table next to a silver cigarette case.