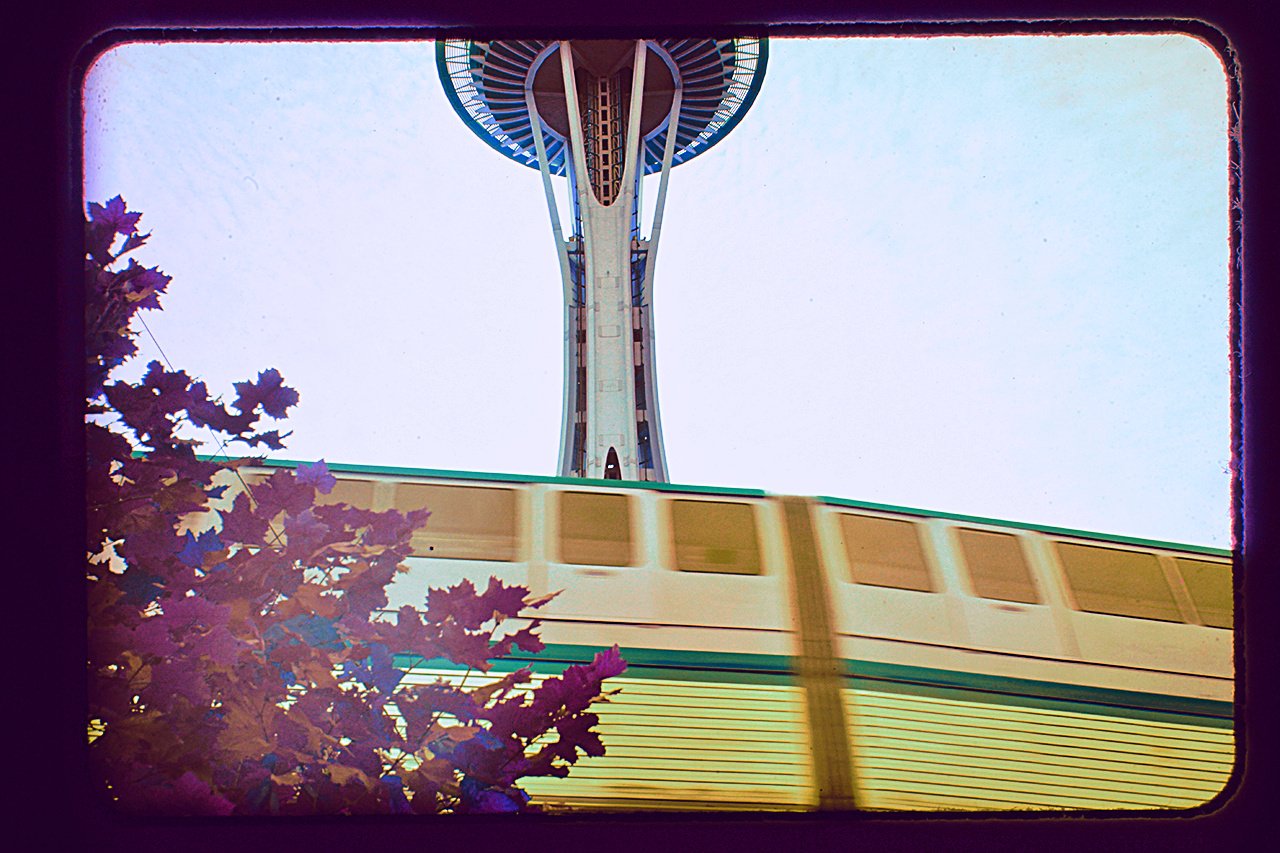 Above: The Space Needle and Monorail, Seattle Center, site of the 1962 World’s Fair “The Century 21 Exposition” – photo after 1962

Read more about the 9/10 mile monorail

He went away from me

And he moved through the fair

And slowly I watched him

Move here and move there

He went his way homeward

with one star awake

As the swan in the evening

moves over the lake

During my short time in Seattle, I had a fast-paced job that kept me inside the production office and stages of Seattle Repertory Theatre most of the day. Once in a while my job would require me to go to a blueprinter (google it if you are too young to know what that is) in downtown Seattle. The quickest way there was for me to walk across the plaza at Seattle Center (Seattle Rep was a tenant of Seattle Center) and take the monorail. Otherwise, the blocks-long monorail service struck me as pretty absurd. But it was definitely photogenic.