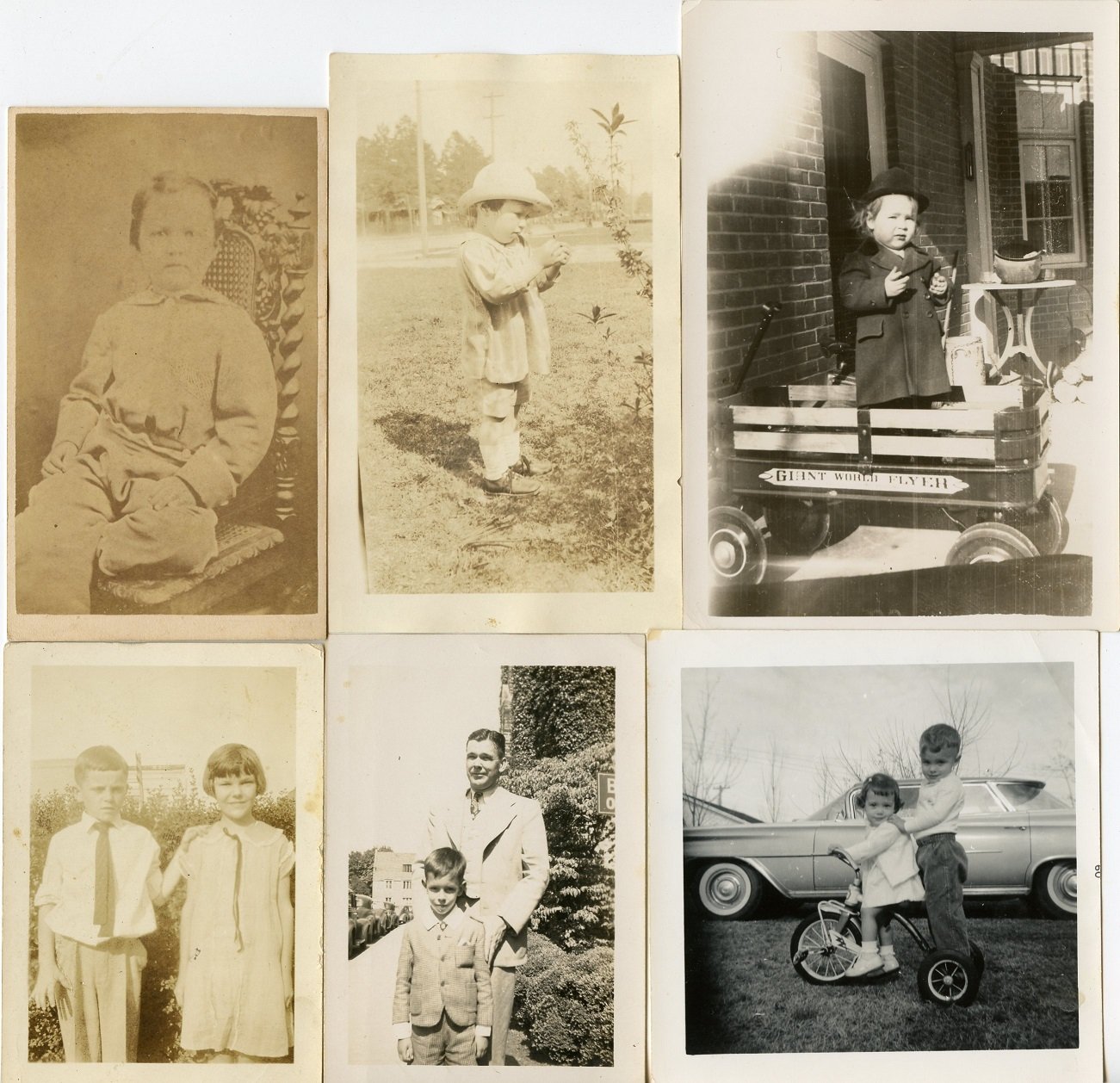 Above: 100 Years of Rug-rats and Curtain-climbers, single digital image. Photo of 6 prints.

The first image in this little collection, upper left, is a carte de visite, which makes it likely that the sweet child was photographed in the height of the carte de visite‘s popularity during the American Civil War. One hundred years later, two siblings share a toy that their 19th-century cousin could have only dreamed of, a tricycle received for Christmas in 1960. And in between, not much is different: children are charming…and always trying to be the cool kids.