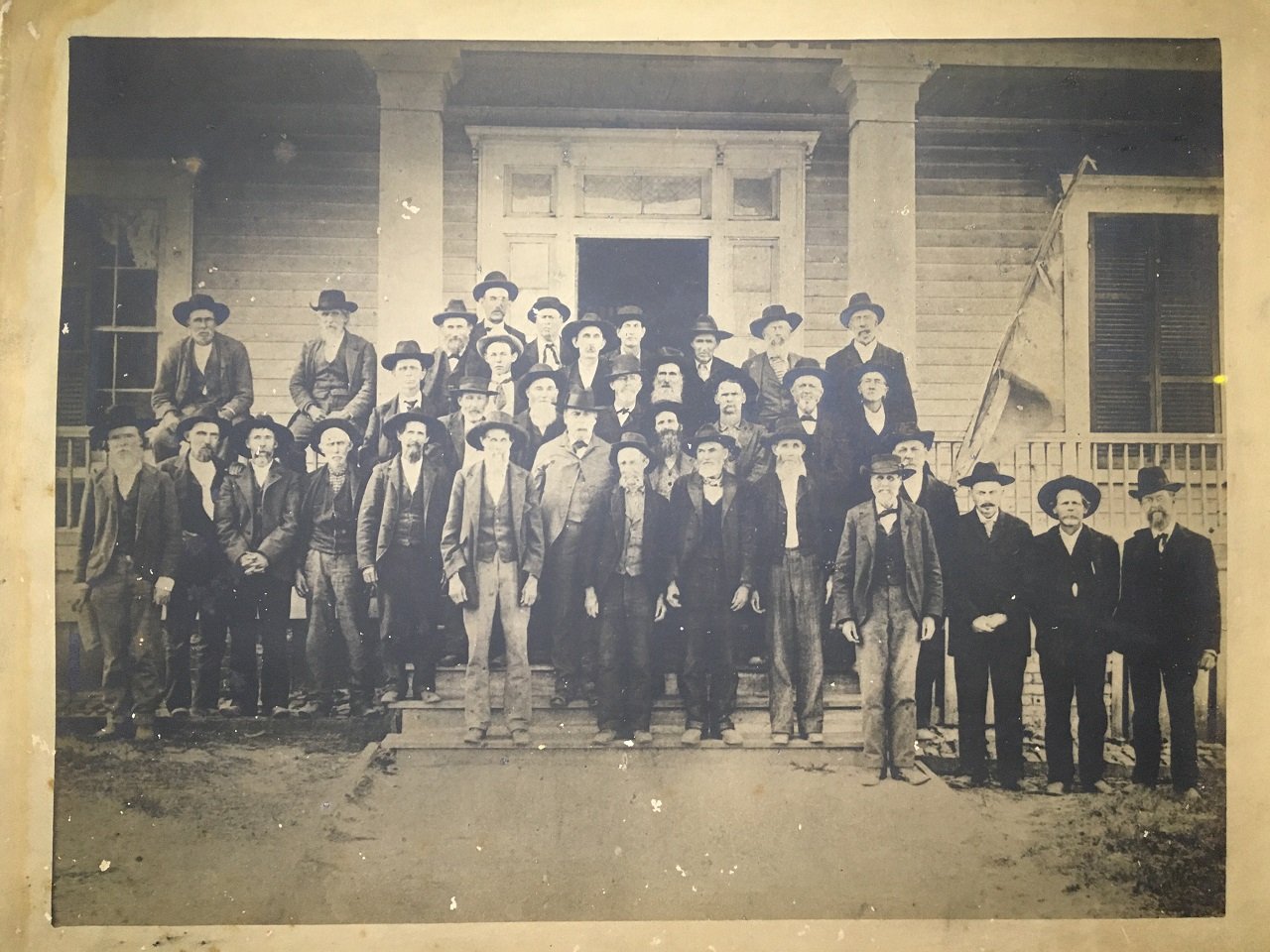 Above: Surviving CSA Veterans of Company A, Third Regiment, NC of 1865

This large framed picture was pretty much ignored by my family until recently. It had been stored in the attic of my mother’s house ever since my dad died and we emptied his house.

When I brought it back out into the light of day, I took a picture of it with my phone and emailed it to a number of relatives. One uncle thought it was a family reunion. Without women? I was skeptical. Reunion of Confederate soldiers? My husband was doubtful because they were not wearing uniforms. I told him that the uniforms were likely long gone, worn as work clothes in the fields until they fell apart.

A distant cousin said he recognized the picture from a book. Long story short, in the stacks of a college library I found the doppelganger with an authoritative caption. My ancestor, Christopher Hinson, is front row, far left.