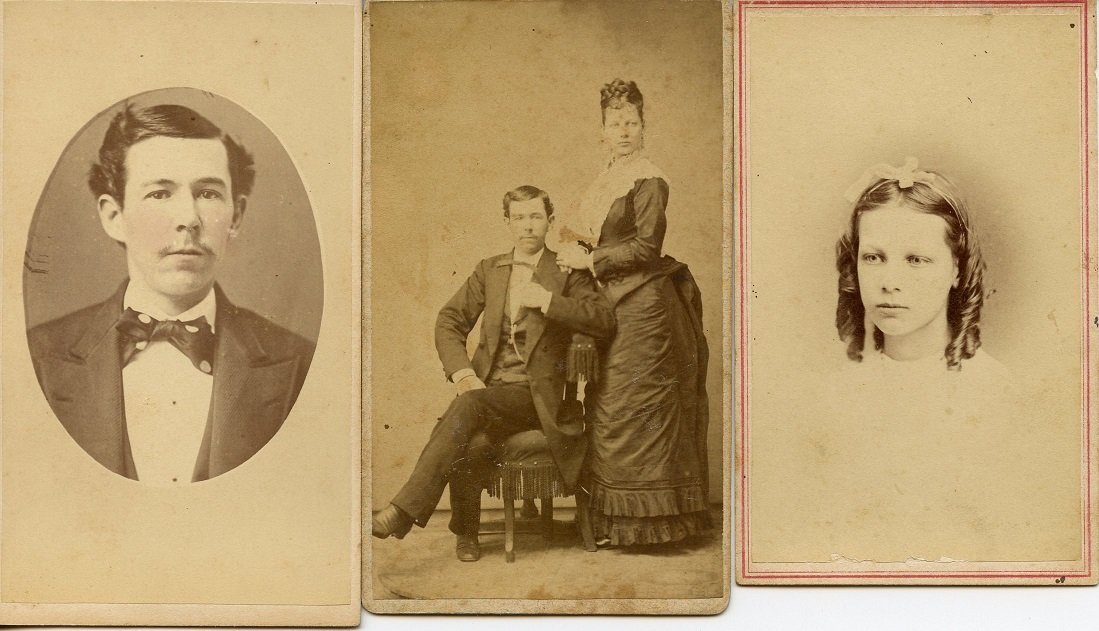 One of Louisburg, North Carolina, photographer Y. B. Clifton’s signatures may have been the use of this tassled chair. I recognize it as being the same one in Ben and Lily’s portrait above, and it seems to have had an adjustable arm and back. I’ve seen his name on the backing of several family photos, mainly cartes vistes. 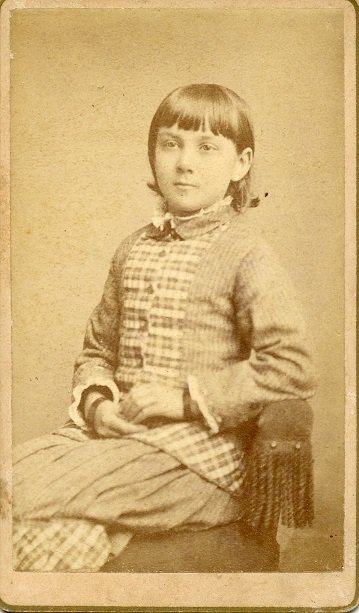 Knowing what photographer Clifton meant to my family, I couldn’t resist digging a little deeper. A few minutes on Google and I was looking at Medical Reports on North Carolina Confederate Soldiers.

According to the report, “Clifton, Y. B., Pt., I, 1st North Carolina” received surgery on July 2, 1863. In other words, after the Battle of Gettysburg. The report goes on to say in a footnote that Clifton was among “Cases of Primary Amputations in the Thigh for Shot Fractures, the Point of Ablation Unspecified.” I will try to learn more about Mr. Y. B. Clifton and link back to his story when I upload files containing his photos.