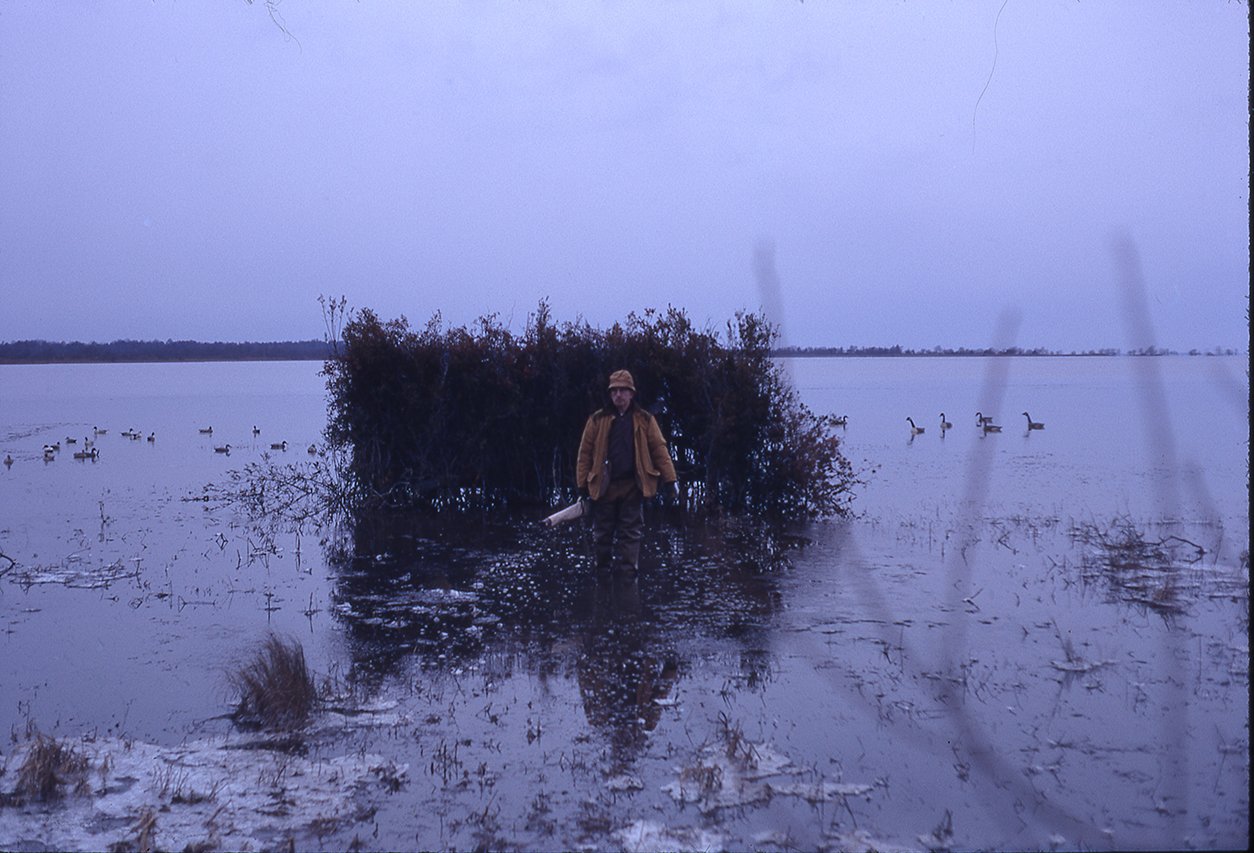 When I see this picture and other pictures of my dad’s duck hunting exploits, I find I cannot fathom how frigid a marsh-water duck blind must be when you are trying not to move a muscle or make a sound in the last days of December. Thomas Hardy’s ‘The Darkling Thrush’, first published on 29 December 1900, seventy years to the day before this picture was taken, touches on the bleakness of the cold.

I leant upon a coppice gate,
When Frost was spectre-gray,
And Winter’s dregs made desolate
The weakening eye of day.
The tangled bine-stems scored the sky
Like strings of broken lyres,
And all mankind that haunted nigh
Had sought their household fires.

The land’s sharp features seemed to me
The Century’s corpse outleant,
Its crypt the cloudy canopy,
The wind its death-lament.
The ancient pulse of germ and birth
Was shrunken hard and dry,
And every spirit upon earth
Seemed fervourless as I.

At once a voice arose among
The bleak twigs overhead,
In a full-hearted evensong
Of joy illimited.
An aged thrush, frail, gaunt and small,
With blast-beruffled plume,
Had chosen thus to fling his soul
Upon the growing gloom.

So little cause for carolings
Of such ecstatic sound
Was written on terrestrial things
Afar or nigh around,
That I could think there trembled through
His happy good-night air
Some blessed Hope, whereof he knew,
And I was unaware.