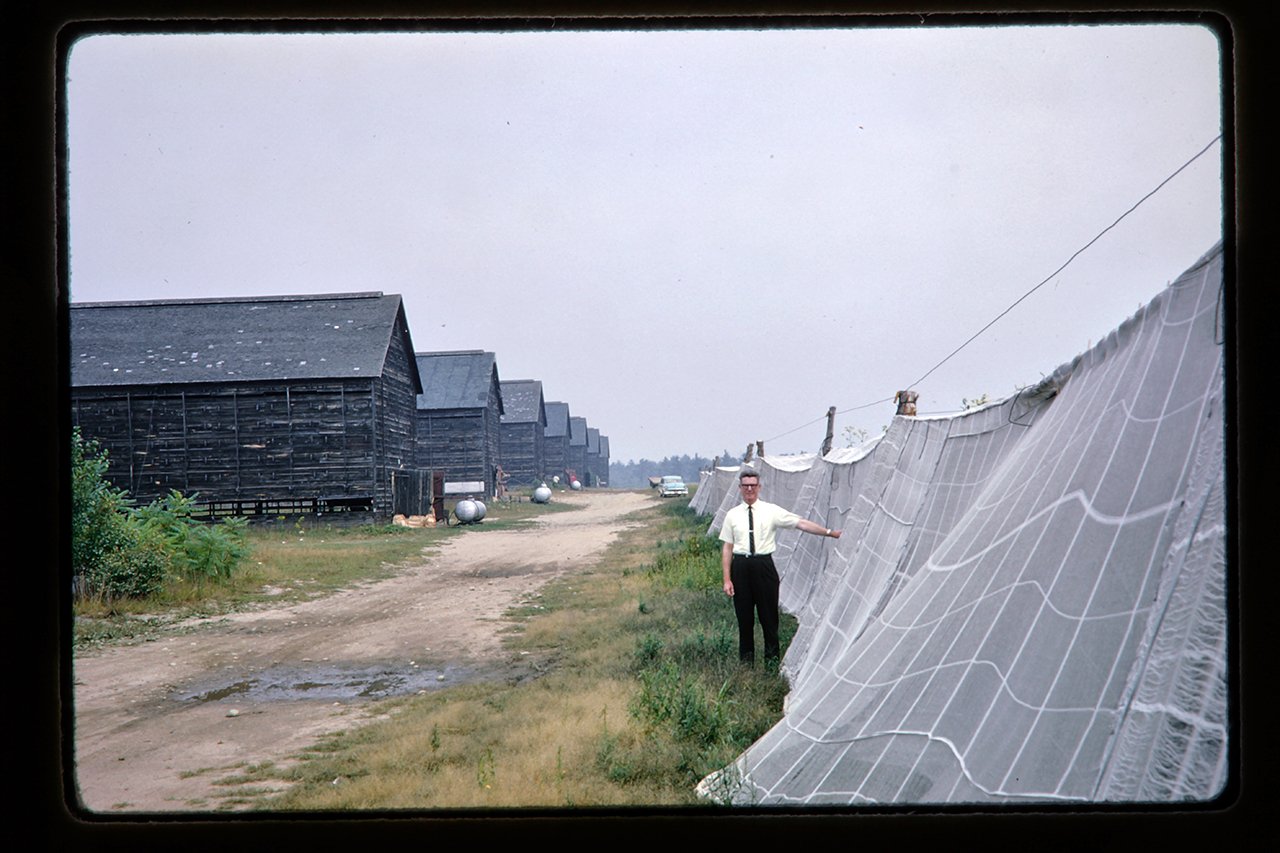 Above: Bill in Connecticut for the USDA in the 1960’s.

Learn, as I have recently through Bill’s images of the Connecticut Valley’s most famous crop, about the unexpected connection between students from southern black colleges and the harvesting of shade grown tobacco!

The article quoted below is all rights reserved by Connecticut Explored.

from ConnecticutHistory.org “Laboring in the Shade” —

At the height of shade tobacco’s popularity in the first half of the 20th century, more than 16,000 acres of this premium cigar wrapper tobacco were under cultivation in Connecticut. The introduction of such a labor-intensive crop to Connecticut’s economy drew migrant labor from the South, the Caribbean, and even small towns in Pennsylvania.

The search for a reliable labor source led to an ongoing relationship of more than 50 years between growers and a special group of Southern workers: students. For these young people, a summer away from their Southern homes was an opportunity to earn money for their education, enjoy freedom from parents, and get some relief from their segregated existence. Among the thousands of black Southern students who seasonally came north was a young Martin Luther King Jr……

…..The National Urban League, already serving as a clearinghouse for northern migrants, helped growers recruit workers using black newspapers such as The Chicago Defender that also circulated in the South. A trickle of southern blacks responded to advertisements and moved north with their families……

…..[Marcus Floyd, president of the Connecticut Tobacco Company,] first recruited Morehouse students for the 1916 season at Connecticut Tobacco’s Hazelwood plantation on the Windsor/East Granby border. According to an August 16, 1916 article in The Hartford Daily Courant students were paid $2.00 per day, and they in turn paid $4.50 per week for their room and board……

…..Corporate growers were able to minimize their labor problems by creating residential camps on their tobacco plantations. A Morehouse dormitory was built on the Simsbury/Granby border in 1936; Martin Luther King Jr. spent the summers of 1944 and 1947 there. By building dorms or using abandoned Depression-era Civilian Conservations Corps camps, growers made their labor supply wholly dependent upon them…..

…..While not everyone cares to remember their time working tobacco, many people are now beginning to share their experiences. Since 2000, several reunions have been held in Amherst and Nelson counties in Virginia, where more than 2,000 former black high school recruits reconnected. In conversations, these former students have been quick to identify others, better known than they, who also came north to work in Connecticut. The young Arthur Ashe, Mahalia Jackson, Thurgood Marshall, and Hattie McDaniel were named among the thousands of students who, virtually unnoticed at the time, labored in the shade.”